Banking On Your Own Time : A Review Of NCB’s Mobile Banking App

I have been beta testing NCB’s new Mobile Banking App and I must say this lightweight, userfriendly platform is quite impressive in terms of design and functionality.

Banks are notorious for two things, wasting your time and building complex processes that us pleabs will never figure (probably intentionally). NCB being one of the largest institutions (of any kind) in Jamaica is no different. The lines are ridiculously long, staffing inexplicably short and customer service? It’s against company policy apparently.

But even problematic institutions get one-an-two tings right sometimes. The NCB mobile app is one of those instances.  Certainly, they aren’t the first bank to have an app, just about every major bank globally has an app. Locally, Scotia and First global have had similar platforms for some time now.  However, as an NCB customer, naturally I would be particularly keen on their digital offering. Besides, anything to lessen the frustration of direct contact is always welcomed.

So, after using the platform for almost a year, and going through the review section on both Google play and Apple’s App store here are my thoughts.

NCB has been slowly digitizing many of their services so this isn’t their first digital platform. I was already impressed by the vastly improved real time mobile messaging alerts and the online banking platform though a bit clunky, isn’t bad either. However, I am willing to go out on a well supported limb to say that this new app is one of the best locally built mobile application and the best digital offering from NCB to date.

As someone with more than a passing interest in user interface (UI) design, I am impressed with this apps sophisticated, sleek but simple interface. Apparently, I’m not the only user across mobile platforms to have noticed either. It’s no small thing, the interface is what guides the functionality of the app. If the front end of the software is cumbersome so much so that users find it difficult to navigate, then you’re going to end up with an app that nuh baddi nuh wah use.

The iOS v Android debate will rage forever among tech elites. For the rest of us what really matters is having access to the best features either platform has to offer. So it’s definitely a plus that the NCB app is available across platforms.

This ‘no mobile customer left behind’ approach is an obvious move, but some developers have chosen to pick and stick to one platform (less headache perhaps). Major props to NCB for making the app readily available regardless of OS preference, it shows a willingness to reach as many of their customers as possible.

Besides everybody (an dem mumma) have a smartphone these days the smart move then is to try and capture everybaddi. A bigger user base almost guarantees viability and in the world of apps viability is key.

Since its initial release the app has undergone several updates, bug fixe and service expansions. In addition to basic features like checking account status, viewing transactions, bill payment and transfers between your NCB and third party NCB accounts, users can now add new bill payees, beneficiaries and access pertinent credit card information such as statements and due dates etc. There’s also a very useful currency converter  accessible without having to log in. Some other useful features include the ability to  report a bug, suggest improvements, and contact customer care from the app (though not in the app which would be a nice touch).

The not so great bits

No doubt NCB has done a good job with this application, it has been (as you can see from the comments) very well received. However, there are some common sense improvements that should’ve been no brainers.  And, eve with all the feedback they’ve been soliciting, NCB has been slow to either correct or implement.

Personally my biggest grievance is that the online banking channel and the mobile app is integrated. Meaning, you must first have the latter to be able to use the former. Seriously though NCB, isn’t the whole point of an app convenience and accessibility? If so, then isn’t it antithetical to make usership dependent on the online platform? Mi jus a seh still.

The only positive about this set-up is that as a prolific Google user, my NCB online password (which you’ll need  to log into the app) migrates to the app. Hallelujah for that because I am rubbish at remembering passwords … Google for the win.

One of the biggest downside to the app is that as yet you can’t transfer to third party banks as you can now do online.  It may just be a matter of platform integration requiring other banks to do some internal upgrades for compatibility. This however is Jamaica so we all know this can take donkey years to resolve.

Another downside is that in-app transactions don’t generate a receipt. I didn’t realize this was a thing until it became a major thing with a certain telephone company who insisted I didn’t pay a bill and cut off my Internet. I had to provide them with a transaction receipt number before they would reconnect, it took two calls to NCB  to resolve. That particular glitch has since been rectified, though I still have to go online to get the number.

The tagline for the app is “banking on your own time” but apparently not before 9pm. That’s the cut off point for transactions through the app even between your NCB accounts. Any transaction after that time won’t be processed until the next day. Here again I think NCB misses the whole convenience and accessibility point.

Another minor issue is that the app doesn’t always show your transactions in real time. There is a noticeable lag before showing up on your statement, especially on weekends.

When it comes to customer service, paying attention to details can be the difference between OK service and AWESOME service. We all can appreciate that the small things can make a world of a difference. With mobile apps usership is all in the details so the more features, the more convenience, the more needs are satisified, the better.

Since its beta release last year customers have been asking NCB to allow for in-app mobile top-up and so far nothing has been forthcoming.  Now, I’m not an app developer so I can’t say it’s an easy fix but clearly based on the feedback it would make your customers happy. I’d think that would be the goal for any institution.

I love almost everything about this application. What’s more the look, feel and functionality is top notch. The greatest thing for me is that it does what it says on the box. There’s no hanging or itching or lagging, quite the oppositie, it is very snappy.

However, there’s room for improvement. There has been sufficient time between release and feedback to atleast attempt to implement some of the suggestions. There are signs that NCB is taking the feedback on board but when or if they will be implementing any of it isn’t clear.

All that aside it’s still a ★★★★ 4 star app for me.  On a whole it’s a solid platform, kudos to NCB for finally getting it together, atleast in this regard.

Have you been using the NCB Mobile Banking app or any other local banking apps? What did you think of them? Let me know over on our social media pages. 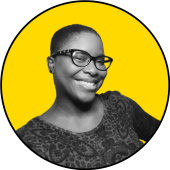 The Ecommerce Evolution Is Finally Here & CoolMarket is Leading The Charge